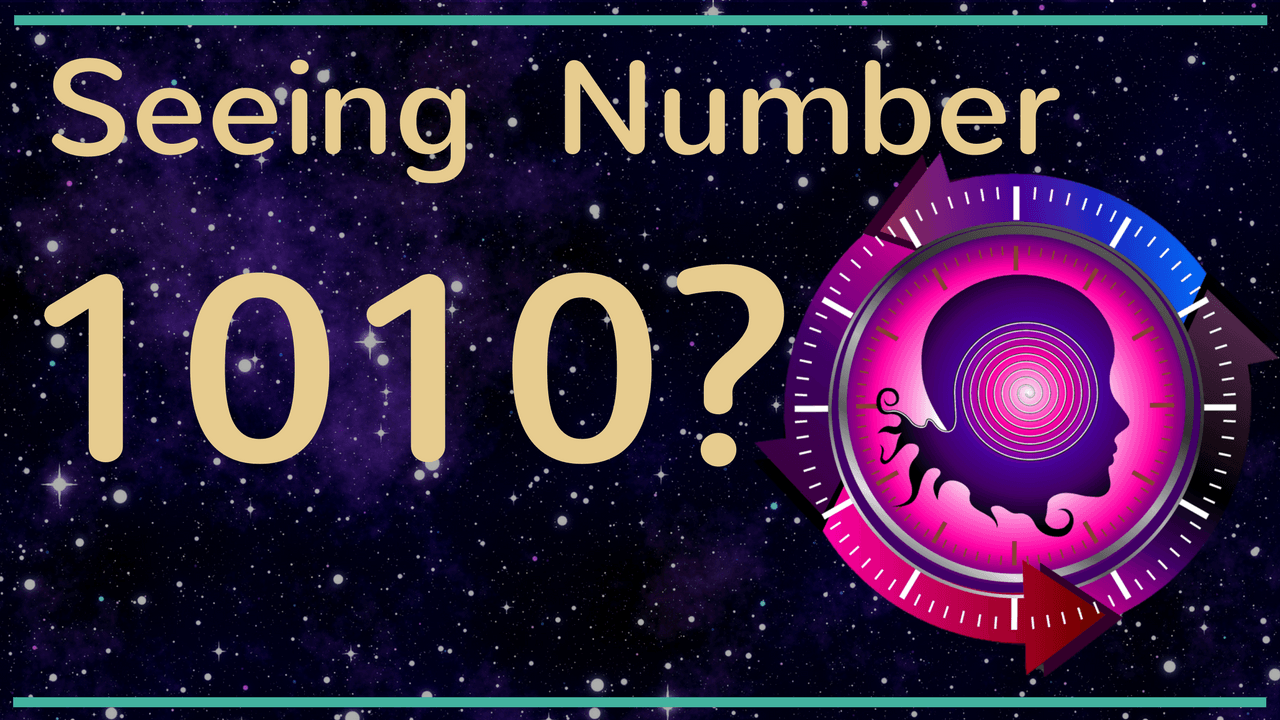 The numbers that appear in our experience hold the key to illuminating hidden meanings in our lives.

In Numerology, we actively seek to uncover and interpret the hidden meanings of the numbers that appear in our experience to gain a better understanding of what is happening in our lives from the perspective of spirit.

Whether you realize it or not, numbers are constantly occurring in our experience at or below the level of our awareness.

Unconsciously, numerical values may shape our experience, showing up in our lives in unexpected ways that can often appear to be coincidental or even completely random.

In Numerology it is understood that each number that appears in our conscious experience carries a special hidden significance that is spiritual in nature, and when properly understood, can lead to a new understanding of our lives.

The Meaning of Numbers 0 and 1

To understand the Number 1010, we will have to break it down to its component parts. The number 1010 is made up of a repeating binary pattern made up of 0 and 1.

The Meaning of Number 10

The number 10 is the first compound number in a base ten number system. It is the end of the series that begins with 1 and runs through 9 to begin again with 10.

In this way 10 is a special number because it is both the end of one number series and the beginning of another. In this way, the number 10 is associated with exploring new territory, expansion and illumination of new possibilities.

The Spiritual Meaning of 1010 — The Alpha and Omega

We shall not cease from exploration
And at the end of all our exploring
Will be to arrive where we started
And know it for the first time.

All things come to an end, but from each ending a new beginning arises, and when it happens it seems, as Eliot wrote, that we know it for the first time.

In Christianity, Jesus was known as the Alpha and the Omega, which means the beginning and the ending. The number 1010 is a number that is full of promise and possibility and is in this way associated with the Ascended Masters.

The past is behind us and a new beginning is under way, a new life is possible if you listen to the call of spirit.

When the number 1010 appears in your experience, it is likely to take a number of different forms. For instance, it may be a time of day, 10:10, a date, October 10th or an amount of money.

When this powerful number comes into your experience, see it as a message from the Angels, God, the Universe, Spirit or Source that you are on the threshold of a formative and spiritually significant event in your life.

The number 10 receives special treatment in esoteric systems of divination such as the Tarot and the I Ching. In the Major Arcanum of the Tarot, the 10th card is The Wheel of Fortune.

The great wheel turns round and round and our fortunes rise and fall with it, with every ending leading immediately to another turn around the wheel again.

When you see the number 1010 appear in your experience, look for ways in which something is coming to an end. Listen to your inner guidance and know that from the apparent end of one situation, you can be sure that something spiritually significant will be rising out of it.

In Numerology we generally reduce compound numbers like 1010 to a single digit vibrational essence. In this way, the number 1010 can be reduced to the number 2 by simply adding up all of its digits:

However, in the case of an incredibly powerful number like 1010 we can interpret its meaning in a number of different ways. When numbers form repetitive series, as 1010 does, it can be said to have a spiritual meaning.

It should be taken as a special communication from your true self or source. In the most essential terms 1010 is a number associated with spiritual illumination and awakening, which is why it is associated with ascended masters, particularly Christ.

When you see the number 1010 appearing in your life, know that something is coming to an end, and something else, possibly related and possibly not, is in its beginning stages.

There is new life available for you by simply focusing your mind on the positive developments in your experience and listen closely to the messages you receive from spirit.

Take time to focus on your thoughts and feelings when you see the number 1010, recall what was happening at the time the number appeared and focus on your desired outcomes. Remember, spiritual endeavors are favored at this time and life changing events are on the horizon.

Read also about the meaning of number 777.