Are you interested in the bull spirit animal? Then this guide is for you!

The symbol of the bull is as common today as it was in the past. You can’t go far without encountering this symbol.

The bull symbol has taken the center stage in literature, ancient art, astrology, and astronomy. This is how valued this symbol has been!

The bull takes a revered position amongst many cultures. For example, the Texas State has the bull symbol as its official large animal.

Texas has particularly elevated the Longhorn cattle to lofty heights. The Longhorn is the symbol of the Longhorns, which is the official sports team of the University of Texas at Austin.

Do not be afraid to wear your bull symbol proudly. You see, this symbol stands for such stellar qualities as security, abundance, determination, and peacefulness.

The bull has played a central role in the history of humankind. For this reason, the bull is held in high spiritual regard in most communities around the world.

What is the Spiritual Meaning of the Bull?

The Bull in Hinduism

The bull plays a central role in the Hindu religion. It is depicted in numerous texts to represent mysticism and philosophical power.

The Hindus believe that the bull ‘Nandi’ is the celestial being that guards the pathways of heaven. This bull is revered as one of the three main gods of the Hindu religion.

The bull ‘Nandi’ is erected in front of all Shiva temples. Here, he stands guard, ready to ward off all evil.

Archeological evidence shows that the bull has held a special position in the Hindi culture. A number of bull seals have been uncovered. They all show the hallowed position occupied by the bull spirit animal.

For example, the Pashupati Seal was uncovered around the Pashupati region. It shows the figure of Lord Shiva seated. This deity is surrounded by a number of animals, chief among them the bull.

Many historians believe that the reverence given to the bull must have been the origin of bull worship practiced in the Indian subcontinent.

Other bull seals were unearthed around the Harappa and Mohen-jo-Daro regions. Historians place these seals to around 3300 BCE to 1700BCE.

They show that the bull symbol was revered from these early times. The Bull in the Bible

The bull gets many mentions in the Bible. It has several significant meanings in Christianity.

For example, a diviner by the name of Balaam compares the bull to God (Numbers 23:22). This shows the divine stature of the bull spirit animal.

Also, the bull is referred to as ‘beast’ in Proverbs 14:4. This indicates its immense strength and fortitude.

In their epic journey to Canaan, the Israelites made for themselves a Golden Bull at some point. They worshipped this symbol when they felt that God had abandoned them.

The Bible has it that they suffered the wrath of God as a result.

The Bull in the Torah

The adherents of Judaism ascribe to the Torah, which contains the laws handed down to them by their legendary forefathers.

The Hebrew culture depicts the bull as a harmonious animal. This animal symbolizes your ability to protect your loved ones.

Judaism shows the bull as an animal of thanksgiving. This animal is used for sacrificial purposes.

The Bull in the Chinese Culture

The bull stands for motivation in the Chinese tradition. The Chinese connect the bull symbol with strong will, perseverance, and strength.

They see it as a symbol of hard work and material possessions.

The Bull in the Celtic Culture

Amongst the Celts, the bull was regarded as a symbol of fertility. They invoked this symbol when they wanted to enhance procreation among newly married couples.

A Celtic clan was judged by how much cattle they owned. Bulls were particularly valued. They were seen as a luxury and a sign of how rich – or poor – one was.

Many societies around the world (more so in Africa) count their wealth in terms of how many cattle one has.

The Bull in the Sumerian Culture

To the Sumerians, the bull signified protection in the family and society. They would put the symbol of the bull in their gates and entrances.

The Bull in Astrology

In astrology, the bull stands for Taurus, the 12th sign in the zodiac spectrum. This sign occurs between May 14 and June 19.

It empowers those born under the Taurus sign to exude strong will, stubbornness, and creativity.

The Bull in Music

Indian classical music is based on 7 primary notes. Each note has its origin in the sounds made by certain animals.

The bull is responsible for ‘be’, which is the second note in the musical tones.

The Bull in Finance Markets

The Bull Run is a term used in the financial markets to signify an upsurge in market trends. The Bull Run works in contrast to the Bear Run, which shows when a market is spiraling downwards.

What is the Symbolic Meaning of Bull? 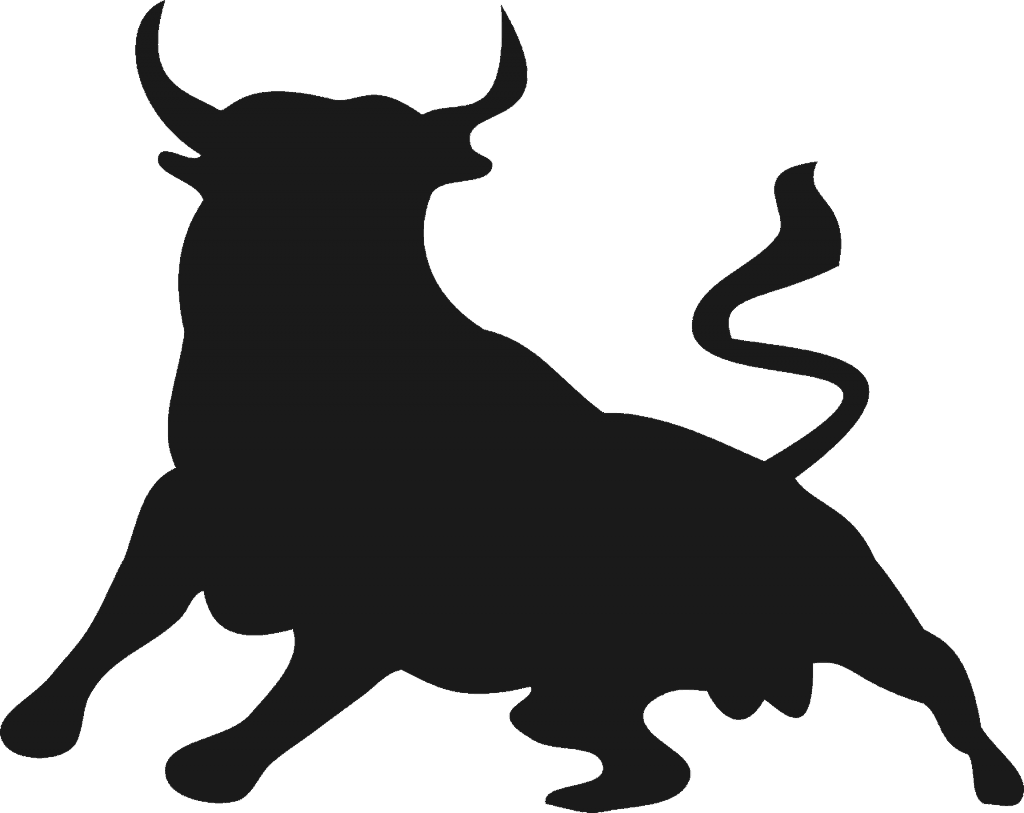 The bull has much spiritual significance amongst many cultures across the world. Many cultures use the bull for blood sacrifice.

Many people regard the bull as a symbol of replenishment and productivity. It represents the blooming spring season.

The ancient Greeks regarded the bull totem as the symbol of Zeus. Zeus was the father of all the other Greek gods. As such, he wielded much power. He was the supreme ruler of Olympus.

This means that the bull was held in the same position as the as the chief of the gods. He commanded as much respect and royalty as this mighty deity.

The Greeks associated the bull with virility, dominance, and strength. Members of both genders called on the bull spirit for added fertility.

When the bull spirit animal comes into your life, you’ll be able to comprehend with ease the importance of work ethics.

This spirit animal will teach you the virtues of hard work and patience.

Thus, you’ll be unlikely to leave your projects unfinished. You’ll have the resilience to push on until you meet your goals.

The bull will enable you to summon the strength you need to provide protection for those you love. Also, you’ll be able to defend yourself against negativity. Does the Bull Appear in Your Dreams?

If you dream of bulls roaming about or grazing, it means that your desire for material possessions will come to fruition.

If the bulls are standing quietly, you will enjoy relative peace in your life. Both your professional and personal lives will enjoy a period of harmony, and you’ll have very few conflicts with those around you.

If your dream depicts you slaughtering the bull, this is a warning. It means that you might make some judgments that will backfire on your life.

As such, be very careful and deliberate as you make important decisions in your life.

When you dream of bulls running in a group, you’ll enjoy a period of relative abundance. You can learn much about life by just studying the bull spiritual totem. You learn that you can be fierce and yet peaceable and stable.

The bull spirit animal urges you to use your inner strength to make it through any situation. Be persistent enough to ensure that you carry your projects to their logical conclusion.

The bull spirit tells you to be strong enough to weather out any storm that comes your way. You have what it takes to succeed.