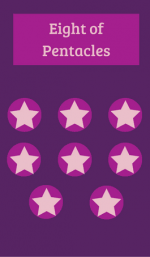 What is the Meaning of the Eight of Pentacles Tarot Card?

A young man sits at his workbench, hammer in hand while he works diligently on crafting one of the eight golden pentacles before him.

He is absorbed in his work, with much more to accomplish. This is the image that makes up the Eight of Pentacles.

This card is symbolizes hard work, and a lot of it! While it can seem quite stressful to see the Eight of Pentacles appear in your spread, it is not necessarily a negative card.

It simply means that a large workload is before you, in either your personal or professional life, and that you must be prepared for it.

The Upright Eight of Pentacles Meaning

The position of the Eight of Pentacles is important in order to understand where this potential stress is most affecting your life.

It is equally important to pay close attention to the cards that surround it so that you can know which aspect of your life the card is referencing.

In your past position, the Eight of Pentacles is acknowledging the time and effort you’ve spared to get where you are today.

This could be either positive or negative depending on the cards in your present and future positions.

It could simply mean that you’ve achieved a lot of amazing things in your present life as a result of this hard work, or it could mean that you exhausted your energy on something that didn’t quite pan out as you has anticipated.

Regardless, this foundation has lead you to your current situation.

The Eight of Pentacles in your present position is showing you that while your current efforts are helping make good progress, there is still much to do.

If you have been attempting a transition into a new life goal, this is telling you that you aren’t quite ready to go all in.

Finish what you’ve started before moving on to something new.

When this card appears in your future position, it means that your goals are obtainable, but you’re going to have to fight for them.

There will be small life events that may try to force you to detour from the path you are setting, and the Eight of Pentacles is asking that you carefully consider the effects these will have on your future before you get carried away. 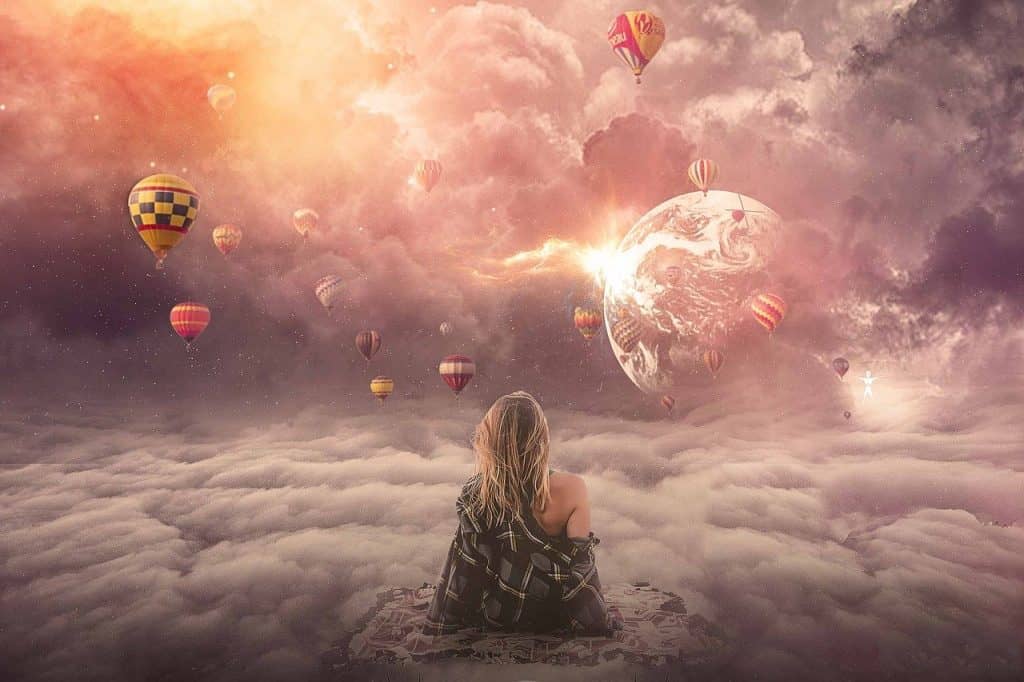 Work and the Eight of Pentacles

The Eight of Pentacles in your career path means that you can expect to be granted more responsibility in the workplace.

This means a busier schedule, but it also means a promotion is in your future.

If you are looking for work, the Eight of Pentacles promises it will come, though it may be more demanding than you had anticipated.

Your skills will be tested, but you are completely capable of handling everything this new job throws at you. Remember to have faith in yourself.

Love and the Eight of Pentacles

In a spread that focuses on your love life, the Eight of Pentacles says that you are spending too much time focused on other things. Relationships only work when the involved parties make an effort.

Whether you are single or attached, the message is the same: you aren’t putting in enough effort.

The Eight of Pentacles and Finances

When the Eight of Pentacles appears in your financial spread, it’s saying that you need to do some long-term planning.

It may be tempting to spend at this time, but it’s important that you don’t blow all the rewards of your hard work in a single weekend.

Now is the best time for you to be considering your future and coming up with a plan to ensure that financial stability is in your future.

Meaning of the Eight of Pentacles in Health

It’s a bit of a rarity for the Eight of Pentacles to appear in a spread about health, but when it does it is for a good reason.

This means that you need to take more action when it comes to your wellness.

If you’ve failed to follow your doctor’s orders, or haven’t been sticking to your diet, this is your sign that you need to get back on track.

The Eight of Pentacles in Reversed Position

When the Eight of Pentacles appears to you reversed, it’s saying that there is a distinct lack of focus in your life.

It also means that you are making choices without considering the bigger picture.

It’s time for you to buckle down and direct your energy into the right avenues, instead of going through the motions. 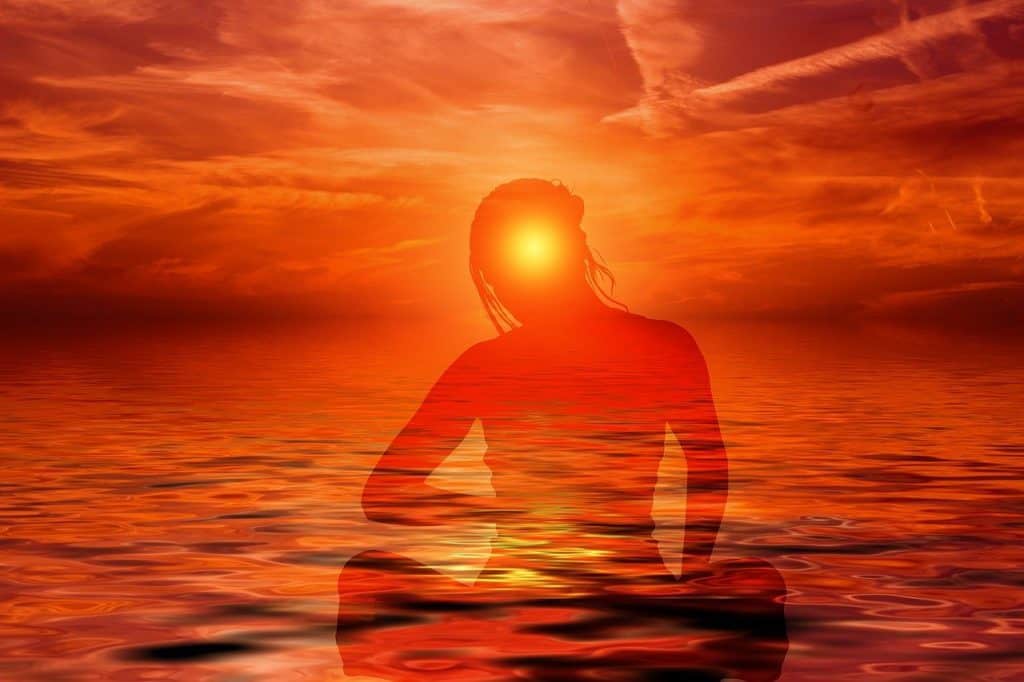 When the Eight of Pentacles appears in your spread with The Sun, it means that all of your hard work will have been worth it in the end.

The Sun emphasizes the dedication and commitment to your dreams that the Eight of Pentacles represents, so if you’ve found yourself losing focus this is your sign that it’s time to get back to work.

The Eight of Pentacles paired with The Lovers shows that you are capable of repairing your personal and professional relationships.

This strength is rare, as it is often easier for someone to walk away, but you possess the ability to make real progress when conflict arises.

If you’ve hit a rough patch in your romantic relationship, this combination is urging you not to throw in the towel.

Reconciliation is possible when you make the effort.