Tanzanite is a rare stone that has an intense energy field. It is a perfect crystal for those who wish to transform their lives through metaphysical work.

Tanzanite is a crystal prized for its metaphysical properties. Specifically, the stone has an ability to transform the mind.

The crystal was once regarded as one of the most popular and valuable gemstones. Tiffany and Co. in New York created settings to display these beautiful indigo stones.

The first pieces of Tanzanite could be particularly expensive. This led to their placement in rings that were made of gold or silver.

While still somewhat rare compared to other metaphysical crystals, the price of Tanzanite has come down in recent years. It is still costly, however, especially when offered in larger varieties.

The mineral is young compared to other healing stones. The first recorded appearance of the stone occurred in 1967.

Despite its comparatively young age, the stone has rapidly assumed a lofty place in the hierarchy of healing crystals. It has even been designated as a birthstone.

Tanzanite is only known to occur in one geographical location. It is mined in East Africa at Tanzania from the Merelani Hills. 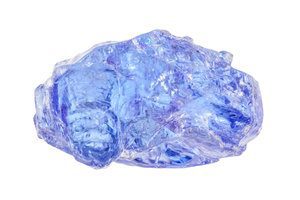 To this day there is still a reverence attached to the stone by local tribes. It is considered to be of divine origin.

This stone can be found in varying shades of blue. It may appear in hues that are similar to that of sapphire, and it is also found in light to medium blue.

The natural form of the stone often includes streaks of yellow or brown. These streaks are removed through the application of heat, leaving only the blue color.

The hardness of Tanzanite is low on the rating scale. It can be an especially fragile stone and should be used with great care.

Pieces of jewelry that are made from the stone require care in handling. One should make sure that settings are created by experienced jewelers.

Tanzanite is known as a stone of soul transformation. It also represents the transmutation of desires into reality, making it popular for those who embrace the Law of Attraction.

There is also a meaning of psychic power that is attached to the stone. It reflects one’s ability to develop their powers of perception and intuition.

Higher consciousness is also a core meaning of Tanzanite. It has the ability to help one move beyond perceptions of the physical world to embrace spiritual concepts.

Finally, this stone symbolizes compassion for all living beings. It represents an awareness that one is connected to all creatures great and small.

The vibrations of Tanzanite are very strong. Those who work with this stone should ground themselves often to prevent a buildup of residual energy.

The stone has the ability to raise the psychic senses to a high level. It can also make the physical senses acuter.

Tanzanite increases one’s capacity for divine love, and it strengthens compassion. The crystal joins the mind and heart to unify the personal energy field.

All aspects of spiritual growth are aided by Tanzanite. It can help to remove any obstacles which prevent enlightenment.

The energy of the stone often has a lasting impact on one’s level of consciousness. It can bring about universal awareness and a keen sense of purpose.

Those who are especially sensitive to energy in healing crystals may find Tanzanite to be overwhelming. It should be used in moderation until one can master its energy field. 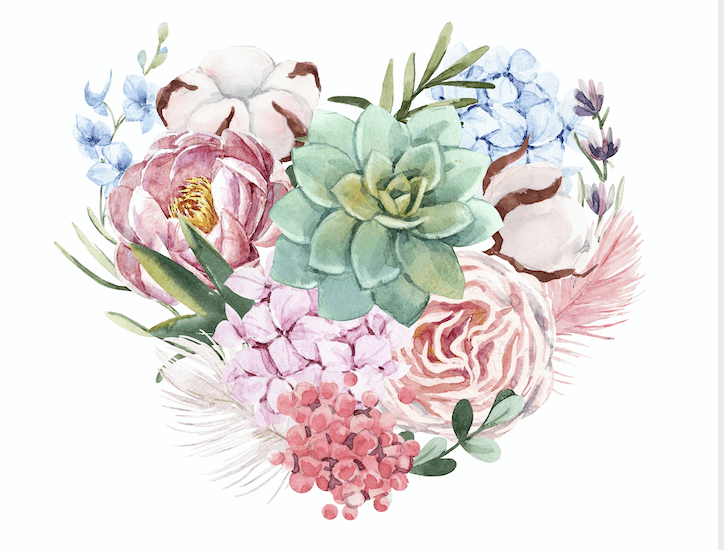 Many individuals have had Tanzanite stones placed into rings, necklaces, and other wearable pieces of jewelry to obtain healing benefits. It seems to work best when in direct contact with the physical body.

There are also beautiful Tanzanite wands that can be used in healing rituals. The stone can also be used to charge water as a tonic.

This stone is especially good at treating health issues which begin in the mind and later affect the physical body. It can attack the stress that is the root cause of many illnesses.

The stone has also been known to amplify the healing properties of other crystals.

Tanzanite’s energy field is so strong that some believe it can even assist in bringing individuals out of a coma. It can certainly cause the cells of the body to vibrate in a manner that encourages repair.

As it transforms and restores the soul, Tanzanite can also transform and restore the body. It may even be able to reverse the effects of progressive ailments like degenerative disc disease and arthritis.

It can encourage the regrowth of hair in those who suffer from pattern baldness. It may also help address skin ailments.

Those who have been badly burned can use the stone to promote the restoration of healthy skin tissue. It also can help to remove nail fungus, warts, and other blemishes.

This stone is a good antidote to the side effects of many medications. It also will temper the discomfort that accompanies various medical procedures.

Tension headaches and migraines are relieved with Tanzanite. It also helps prevent things such as hives or rashes.

Individuals who suffer from an addiction to alcohol or drugs may use the stone to relieve the pain of withdrawal. It will also preserve one’s appetite and immune system.

Autoimmune disorders can sometimes respond well to the healing energy of this crystal. It can also aid in helping the body absorb vital nutrients.

Many emotional issues are rooted in anxiety. Tanzanite has the ability to stem worry and bring peace of mind.

The stone prevents one from focusing solely on their troubles. Instead, it promotes positive thinking which creates solutions.

The emotions of love and compassion are increased by Tanzanite. As this happens, harmful emotions like jealousy and resentment are released.

One who suffers from repressed emotions may find that the stone helps in the release of hurt. It can also enable one to give forgiveness.

The elevated energy vibrations attached to Tanzanite serve to raise the personal energy field to a high level. This makes it a useful stone for spiritual work.

It can be held during moments of prayer to help one attune with angelic beings. It also opens the consciousness so that messages from the divine realms are more easily received.

A shift in consciousness provided by the stone helps to accelerate healing in all areas. It creates a union with the universe in a place where disease and illness cannot prosper.

Those who work often with this crystal will find that it clarifies one’s spiritual purpose. It can bring enlightenment regarding the soul’s journey.

Some have used the stone to establish and maintain contact with a guardian angel. It opens up a channel of communication that may also enable contact with departed souls. 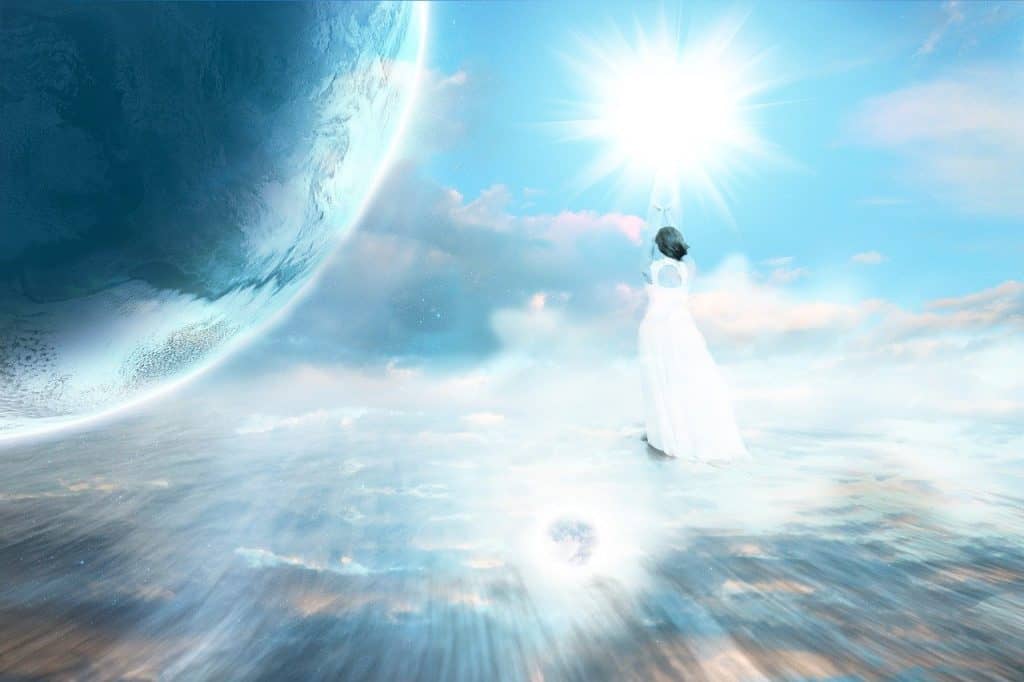 Those who first discovered Tanzanite considered the stone to be a gift from the divine realms. As such, it is often given a place of honor among other crystals.

Tanzanite can be used for the sole purpose of honoring the architect of the universe in both its masculine and feminine aspects. It figures prominently on the altar of those who engage in daily spiritual work.

The stone can be placed in the northern section of a home to encourage balance and harmony. It creates a flow that brings warmth and dispels contention.

Pets can be relieved of anxiety when the stone is placed near bedding. It can also attract a spirit animal to those who use it.

The stone can be worn as a piece of jewelry to raise the vibrations of the energy field. As this happens, expanded consciousness is the result.

An empathic person can use the crystal to mitigate the effects of emotions sensed in others. It will help one to ground and center and prevents heightened sensitivity from becoming a problem.

Those who wish to explore their psychic capabilities will find that Tanzanite helps to open intuitive channels. It may also be used in divination with Tarot cards to increase the accuracy of readings.

A lack of compassion can be resolved by carrying this crystal. It helps one to be more understanding and allows an individual to see from others’ point of view.

It can also aid in the release of pessimism and negativity.

There are few stones which can be more useful during periods of meditation. The connection of this crystal to the unseen realms will easily help those who meditate to reach altered states of consciousness.

It is often enough to place the crystal on a meditation altar to achieve the desired effects. Most, however, prefer to wear the stone as an amulet while meditating.

One should approach meditation work with Tanzanite slowly. Begin by spending a few moments gazing softly at the violet color.

As one becomes attuned to the stone’s energy field, it can almost feel that consciousness is being projected into the stone. This may be overwhelming at first.

Once one has aligned personal consciousness with the vibrations of the stone, soul journeys during meditation become possible. It may even induce an astral state.

It is recommended that other calming stones be used in tandem with Tanzanite during meditation. Low-energy stones will help to slow respiration and the heart rate which may become elevated as one attunes with Tanzanite. 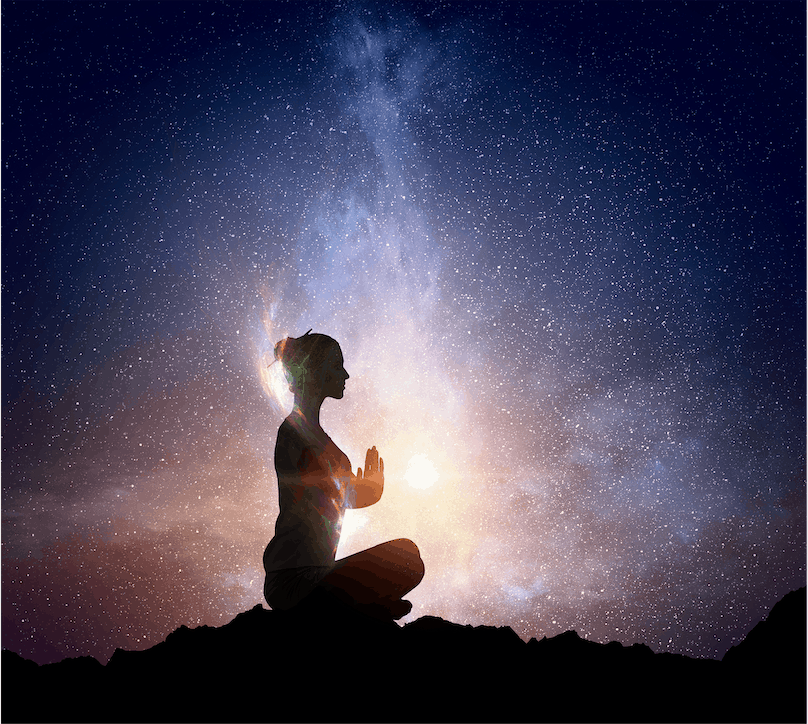 In 2002 the American Gem Trade Association officially recognized Tanzanite as a traditional birthstone for December. It aligns with the personality of individuals born in this month of the Winter Solstice.

Blue Tanzanite is attuned to those born between February 19 and March 19. This time of the year is symbolic of transformation, the primary meaning of this crystal.

Violet Tanzanite vibrates strongly for those born between December 21 and January 19. These individuals will find that the psychic properties of this crystal are increased.

Indigo Tanzanite is most connected to those born between January 20 and February 18. Those born at this time of the year benefit from the stone’s ability to increase compassion. 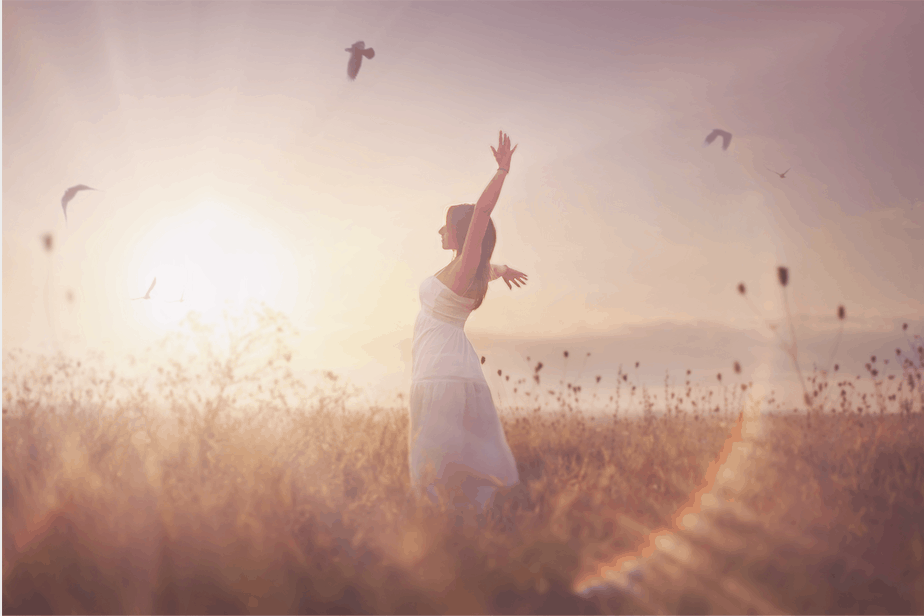 There is no traditional correspondence of Tanzanite to the signs of the zodiac. It has been known to vibrate strongly, however, for those born under the signs of Aries and Pisces.

This stone has the power to open and balance three of the body’s chakras. It vibrates in tandem with the throat, Third Eye, and crown chakras.

In all cases, Tanzanite helps to unify body and spirit. It also works to make the chakras more open to the life force present in all beings.

The throat chakra responds well to Tanzanite because of its blue color. This chakra serves to let the spirit communicate through the body.

An open throat chakra results in better communication. This openness has an effect on all the body’s energy centers.

The Third Eye is the brow chakra. It is located in the center of the forehead just above the eyes.

When the Third Eye is in balance there is a greater sense of awareness. The open Third Eye results in a higher level of consciousness and perception.

At the crown chakra, there is a connection to the realms of spirit. This chakra is located at the top of the head.

When the crown chakra is opened there is a greater sense of connection to spirit. This chakra also influences thought and one’s ability to develop wisdom.

Using Tanzanite to balance these three chakras will result in a flow of energy throughout the entire body. As the upper chakras are balanced, more energy can pass into the lower chakras of the body.