Peer into the depths of fire agate to see a crystal-locked flame burning at its core. The stone is brown, but that fiery center makes it glow like orange-red coal. Clearly, rare energies are at work in there.

What is Fire Agate?

Gorgeous deep reds and oranges flow across the mineral surface. They’re produced by a variety of chalcedony.

The mineral also incorporates small quantities of limonite and goethite, which combine in fascinating ways to produce that iridescent, red-saturated appearance.

The scientific explanation makes sense, but the subconscious doesn’t perceive these materials in such prosaic terms.

No, the deeper self feels the fiery energies and experiences the benefits of the mineral embers as they radiate pure alchemic power.

Found in certain parts of Mexico and the southernmost states of the USA, red agate crystals seem to contain the very essence of fire itself.

It’s this burning discharge that reignites the human heart and lends the crystal bearer courage. 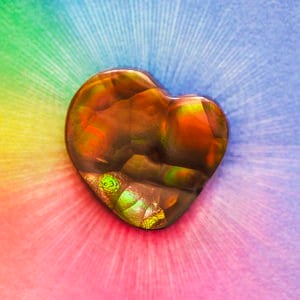 The slightest light is taken up by the inner heart of the fiery agate until it seems to spark and flare with self-illuminating luminosity.

Energizing a timid soul until a courageous spirit blazes free, that initial wave of energy lifts its owner. Away from bullies and anxiety-engendering situations, fire agate feeds the passionate hearts, whether that passion is for love or life.

Low vibrational energies stimulate inspirational flames. For every opalescent, prismatic ember burning inside the red crystal, a matching flame of wits-quickening drive ignites in the creative centers of the crystal bearer.

Such energies can lift even the most anchored persona free of their moorings. Happily, fire agate is a gifted grounding stone.

Should the crystal owners’ head swell with vitality, the crystal will compensate by imparting an equal degree of grounding energy.

Ending impotent decision pauses and strengthening moments of decisive action, the red stone sharpens a person’s perceptions so that they’re fully aware and in the moment.

To put it another way, it feels great to be alive when this crystal is used as a centering force.

Whether it’s stress or the cost of modern living, people are experiencing worrying periods of corporeal listlessness. By holding one of these fiery minerals for any length of time, those sluggish episodes are substantially reduced.

The upshot is immediately perceptible. A once lethargic mind sharpens, a lost train of thought clarifies, and general improvements in concentration are achieved.

Like an eternally aware, emotionally sophisticated companion, the mineral stone acts with calming and perspective-restoring potency to keep nervous dispositions firmly under control.

Indeed, the vibrations reinforce auras, so much so that an emotional shield forms.

Strength and determination are in short supply when addictions take charge. Used as a motivational crystal, one that will help the bearer overcome addictions, fire agate infuses the spirit with much-needed courage.

Locked in the polished red mineral, the forever-frozen fire perfectly represents the sanctity of the universal flame. At a spiritual level, that flame blazes bright as it chases away the internal shadows that symbolize the remnants of past fears. 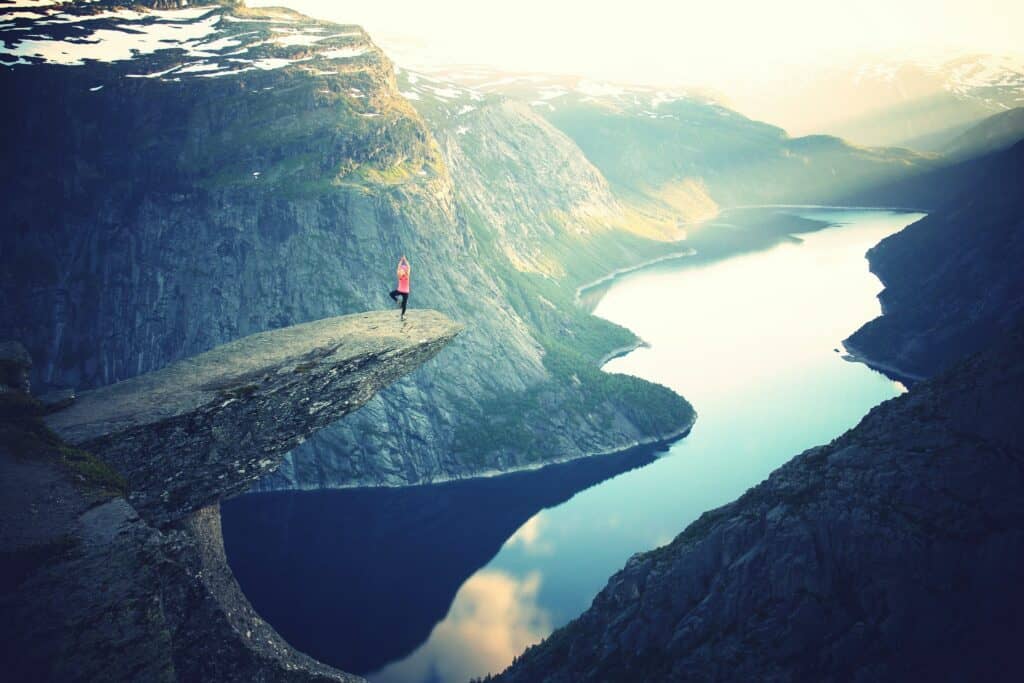 When hesitation strikes, the iridescent mineral cuts through chaos and confusion. Actions are decisive, creativity boosted, passions purified and intensified, and deep desires are clearly revealed.

Essentially, the vibrations emanating from a fire agate crystal can be used to sharpen both the mind and heart. Better yet, this effect is known to work both ways.

Worn by a romantically inclined individual, potential love interests will feel their passionate natures stirred when they’re in the presence of a fire agate crystal wearer.

Accessing the flame-purifying properties of this crystalline chalcedony, this blazing agate form also chases away the negative states of mind that sometimes occur during meditation.

For seekers of higher states of consciousness, fire agate aids those brave souls in their introspective journeys. It provides the energy required to access higher meditative states and discover higher truths.

This ember-filled mineral does not have a place on traditional or natural birthstone charts.

Having said that, the spiritual flame vibrates strongly in the later months of Spring and the early months of summer, so the rainbow hues caught inside fire agate naturally attune to April and May.

On the ever-turning zodiac wheel, the stone dwells in the house of Gemini. The planet Mercury rises at this time to influence creative energies and communicators.

Used with focused intent, those energies augment sexuality. The wearer becomes more confident and talkative, more assured and positive, even.

Lacking focus, the effects of fire agate can be quite different, to the point that those unrestrained energies cause restlessness or anxiety.

Igniting the lower chakras with grounding vibrations, fire agate crystals carry out their kindling effects on the root chakra.

A flicker of light at the base of the spine is stirred by the mineral-embedded spiritual flame until those lower power centers blaze.

As the chakras light up with fire, the spiritual and physical selves align. Feelings of harmony and contentment are awakened. Expect this influence when dull red and brown mineral stones are worn.

For gold-flecked fire agate, the awakening fires light up the sacral chakra, which resides near the lumbar vertebrae.

Wear it as a well-being enhancer, but do know that its unconstrained effects can generate restless energies. Use meditation to tame this fiery force.