What is Pink Quartz?

One of the most adorable crystals you’ll be able to find, Pink Quartz is named after its charming, vibrant pink colors that flow throughout.

It’s very well-known due to its positioning as being part of the Quartz family and due to its mislabeling as Rose Quartz until recently.

However, recent research has proven that Pink Quartz is indeed its own, individual thing, now separate from Rose Quartz.

The pink-specific crystals were first discovered in the 1930s in Maine, USA. Presumed to be rare and desirable, they were associated as a unique strain of Rose Quartz before this claim was disproven. 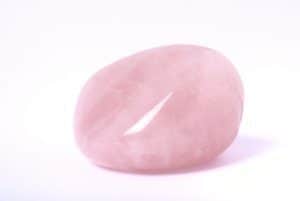 Not much was thought of the stone at first until it was re-discovered on its own again in 1959, this time far away in Minas Gerais, Brazil.

Since these original discoveries, Pink Quartz has surfaced around the world as an individual, distinct strain of Quartz that is unrelated to Rose Quartz due to the way in which it interacts with the sun and is made up in terms of components.

Pink Quartz is most associated with its ability to bring out energies that embrace compassion, emotional healing, and understanding.

Because of this, it is also used in manners of love and romance to calm and heal individuals in search of emotional guidance when they are feeling particularly distraught.

If one is worried about feeling like they have lost confidence in the world and are worried about how they will keep up their appearances, Pink Quartz can be incredibly helpful with helping people return to their true heart and bring clarity back to their personality.

Pink Quartz’s soothing capabilities translate directly to the body in the sense that it can be used to soothe the nerves and muscles.

This is because the vibrations that the stone emits are very quick and can help relax your body by the quick motion that it presents.

The energy that it can bestow on the body is also incredibly useful for both the heart and circulatory system, letting your body regulate itself more.

The self-awareness that can be attained using Pink Quartz also helps the body become aware of its physical nature more freely. Pink Quartz’s gentle, warm touch makes it a perfect stone for those looking to soothe their emotional states as well

Because of its ability to make people feel comforted, Pink Quartz encourages people to find forgiveness both within themselves and the people that surround them.

Through believing in self-awareness more, people can find a way to restore their joy for life and also the connectivity they feel in personal relationships.

Spirituality is directly connected to a sense of warmness and harmony, both things that can be attained by using Pink Quartz as a means of emotional healing.

This newfound way to bring people into more comfortable ways of being is an essential aspect of Pink Quartz that also promotes spiritual healing.

The vibrations of the crystal help stabilize one’s general aura, something that encourages the spirit to embrace the newfound grounding as a means of healing.

Because of its promotion of compassion and nurturing, many choose to use Pink Quartz primarily in the healing of emotional wounds between two people, in both romantic and purely personal contexts.

This means that it is not flaunted around as a casual object to carry around, as many will react to it differently and the way in which the stone connects to others is very strong.

The potency of the stone also makes it a unique crystal to use when grieving and can make a great tool to use around friends (with their permission) who are also dealing with various hardships.

As a result of this type of usage, it’s best to not carry it in something that can be seen and channeled by others openly, so carrying it in a sack or wrapped in paper in your pocket is the safest way to use this stone.

Using Pink Quartz to meditate can be a very validating and hopeful experience for those who benefit from affirming meditations.

To do this, be sure to meditate around the stone—for instance, placing the stone in the center of the room and directing your affirmations towards it is an effective way of making use of the stone.

Because of the nature of the stone itself, your affirmations will then be reflected by the stone in your thoughts, showing you the parts of your life that could use more compassion. Pink Quartz is not a traditional birthstone, but individuals who are born between October 22nd and November 20th will find that it has added benefits as a natural birthstone.

This means that people who are born during this period who use Pink Quartz will find extra potent feelings of confidence and compassion bestowed in their spirits.

Pink Quartz is most associated with the Scorpio Zodiac Sign, meaning that those who were born between October 23rd and November 21st can benefit from similar effects as those who are related to Pink Quartz through the benefit of a natural birthstone.

Pink Quartz resonates deeply with the Heart Chakra, a part of us that provides us with the tools needed to feel relationships with others deeply.