What is Topaz Crystal?

The mere mention of Topaz Crystal brings thoughts of opulence, riches, and luxury.

Possessing a Topaz Crystal attracts love, fidelity, friendship, and wisdom into your life.

Topaz Crystal is associated with power and influence, glory and success. Topaz often forms in very large crystals that are extremely rare and very costly.

The influence of Topaz Crystal is powerful and immediate, enhancing our vitality, vibrancy, generosity, and strength.

The energy of Topaz Crystal comes from the sun, making it one of the most beneficial crystals one can carry.

The gifts Topaz Crystal offers go beyond space and time, transcending the categories of thought, invigorating and enlivening every aspect of our lives. 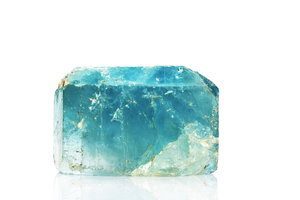 Topaz comes in a variety of colors and a number of forms, from clear Topaz, to sunny yellow and soft blue, to warm pinks and fiery reds.

Regardless of what variety you carry, Topaz Crystals radiate their warm solar energy in all directions, energizing, soothing, and healing everyone in the environment.

Topaz is often called the Crystal of Potency, emitting energy currents that aid in the attraction of desired outcomes and the manifestation of desired objects and conditions.

When we focus our intention and send it out to the Universe using a Topaz Crystal, the energy of the crystal increases the power of our Intention, bringing about amazing manifestation.

Blue Topaz is thought to have a connection with lunar energy, its power and color waxing and waning with the cycle of the moon.

The word Topaz comes from the Greek word topazos meaning ‘to seek,’ but may also be related to the ancient name of an obscure island in the Red Sea called Topazios.

Though Topazios never produced Topaz Crystal, it was an important source of Peridot, which at one time was called the ‘true’ Topaz.

Still, other scholars trace the etymology of Topaz to India, with the Sanskrit word topas which means ‘fire.’

Known as the Crystal of Potency, Topaz is known to produce both positive and negative vibrational currents, making it important to be mindful when using it for attraction and manifestation.

When used to focus intention, this gemstone brings an intense clarity of intention, increasing the focus of our thoughts.

This intense clarity and focus bring about the direct manifestation of one’s desires into the material plane.

This makes Topaz very effective for use with visualizations and affirmations, making Topaz the perfect talisman for uncovering Truth and discovering the wisdom of Divine Source.

Topaz Crystal magnifies whatever energy is prevalent in your mind. Therefore, its manifestational characteristics need to be used with mindful attention.

Topaz Crystals can be recognized by their square or rhomboidal cross sections, and often exhibit sides that are long and striated.

Topas is a hard but brittle crystal, with internal fractures that are often visible to the naked eye, especially in heat-treated stones.

Topaz Crystal comes in a variety of colors that are used for metaphysical purposes, including golden or yellow, clear, pink, red, purple and brown, many of which change color when heated.

Some varieties of Topaz tend to fade in sunlight, while the colorings of certain varieties actually intensify when exposed to light and heat.

The color of a Topaz Crystal depends on the amount of Chromium that it contains.

The most common form of Topaz is the golden or yellow variety, which often changes color to pink when heated.

Blue Topaz Crystals are said to change color in the presence of poisoned food and were used for centuries to test suspect food and drink.

The curative and mystical powers of Blue Topaz Crystal were said to wax and wane with the phases of the moon and was thought to cure insomnia and hemorrhages.

Blue Topaz is associated with the Archangel Haniel and can be used to access the energy of Haniel’s Turquoise Ray.

Topaz is a crystal of deep understanding and insight, facilitating an acceptance of Divine Universal Laws.

Psychologically, Topaz Crystal is uplifting and inspiring, bringing true clarity of mind and clear communications with others.

Topaz Crystal brings a calming and healing influence to everyone in the environment, inspiring us to be our best selves.

Carrying a Topaz Crystal halts the buildup of negative emotions like anger and resentment, saving us from bitterness and hostility.

Imperial Topaz is a term that originated in Russia during the 19th Century where Golden and Imperial Topaz gemstones were found in the Ural Mountains.

The rare pink Topaz gemstones were named to honor the Russian czar and the Russian royal family were the only people allowed to own them.

True Imperial Topaz occurs in its natural state, but today Topaz Crystals are often artificially colored to achieve the appearance of Imperial Topaz.

Symbolic of nobility and social status, Golden Topaz enhances our ability to manifest our desires and realize our will.

Stimulates creativity, self-confidence, and the ability to think clearly.

Carrying Blue Topaz increases our ability to focus our attention, helping us achieve our desires and realize our dreams.

Clear Topaz gives embodiment to the energy of the senses, putting one into alignment with our spiritual essence.

Clear Topaz brings us into alignment with cosmic awareness and how we fit into the larger picture of the Universe.

Stimulates the Heart Chakra, allowing us to experience the presence of the Divine Energy in our daily lives.

As far back as the 10th century, people have recognized the healing and restorative powers of Topaz Crystals.

Topaz Crystal is well known for manifesting health and well being, correcting a number of disorders within the body.

Along with healing eye diseases and alleviating mental illness, Topaz Crystal is known to recharge and restore the physical body.

The restorative energy of Topaz Crystal helps us overcome exhaustion and promotes the regeneration of bodily tissues.

This makes Topaz the perfect healing aid for people who are recovering from injuries and surgical procedures.

Golden Topaz may be used to heal the gallbladder and restore the endocrine system, recharging and revivifying our glands.

The restorative properties of Topaz improve cognitive functioning, bringing about improvement in conditions like Alzheimer’s Disease and other forms of dementia.

Wearing or carrying a Blue Topaz amulet can help cure migraines, occipital pain, lockjaw and other conditions afflicting the skull and head.

The healing energy of Topaz teaches us important lessons about acceptance and forgiveness, dispelling negativity, fear, and doubt and replacing it with honesty, faith, and self-worth.

The healing of our emotional body brings us feelings of great joy and love, allowing us to attract greater abundance and even more positive and life-affirming situations in the future.

We come into full possession of our personal power, realizing our own higher abilities and helping us implement our dreams and share our abundance and good fortune with others.

Topaz is the ideal crystal for reinvigorating our faith and helping us along the path to full spiritual realization.

Topaz, especially in its Blue and Clear forms, cuts through uncertainty and dispels doubt, promoting faith and trust in Divine Source.

When we align our hearts with Divine Source, we instantly see the manifestation of our desires and the realization of our personal and spiritual aspirations.

Topaz Crystal is an excellent tool for connecting with our angels and the Divine Masters, bringing us into direct alignment with Spirit.

Carrying Topaz Crystal helps us recognize the symbolic forms that structure our lives in an archetypal sense, helping us see the larger meaning of our experience.

As a stone of good fortune and manifestation, Topaz Crystal is particularly useful for bringing about the attainment of personal goals.

Carrying Topaz Crystal can help attract the right people and circumstances into our lives, improving our existing relationships and fostering new relationships.

Topaz is a stone of great clarity and wisdom and can be used to uncover deceit and dispel illusions, promoting truth and honesty.

The lunar properties of Topaz Crystals are most prominent in its clear and silver forms, giving the wearer the ability to detect fraud in romantic and financial matters.

Carrying a clear Topaz Crystal aids in the consultation of crystal balls, allowing us to reveal secrets about important people, public figures, and events.

Topaz Crystals allow us to overcome fatigue and release burdensome negative emotions and foul moods, helping us feel really good about ourselves.

The mood-lifting powers of Topaz are most clearly evident in the golden and yellow forms of the crystal.

Carrying Imperial and Blue Topaz Crystals together in a small pouch brings balance to our minds and emotions, giving us the ability to access both the logical and intuitive sides of our nature.

Blue Topaz is an excellent talisman for artists and creative people, helping authors, inventors, and musicians express their creative ideas.

As a meditation crystal, Topaz is best used to bring the mind, body, and spirit into harmonious alignment with the healing and restorative energies of the Universe.

The deep relaxation that is inspired by Topaz Crystal supports our spiritual practice, allowing us to perform our affirmations and visualizations more effectively.

Topaz Crystal is excellent for meditation, bringing a sense of unity to the mind, body, and spirit while aligning us with the higher forces in the Universe.

Topaz Crystal acts as a support for performing visualizations and helps us focus our mind while reciting affirmations.

The energy of Topaz Crystal directs our attention, allowing us to focus the power of intention for healing and the manifestation of our desires.

The golden or Imperial form of Topaz carries the Gold ray of Christ and can be used to connect with this vibration during meditation, helping you make progress on the spiritual path.

Along with Citrine, Topaz is the traditional birthstone for the month of November.

Blue Topaz is an alternate birthstone for the month of December.

Topaz Crystal is the Zodiac Stone for those of us born between November 22 and December 21, under the Zodiac sign of Sagittarius.

Sagittarius is symbolized by The Archer, who is a centaur (half man, half horse) aiming and shooting arrows.

Sagittarians are generally optimistic and adventurous, out in the field of experiencing pursuing their quarry.

Topaz Crystal can be used to align the Throat, Third Eye, and Crown Chakras, cleansing communication channels and stimulating our minds to higher insight.

Placing a Topaz Crystal on each of these Chakras will cleanse and balance them, creating harmonious internal communications.

Placing a Topaz Crystal at the level of the Solar Plexus Chakra will align the lower and higher parts of our energy anatomy, relaxing the lower body and bring all systems into harmonious alignment.