Signs a Capricorn Man Likes You

When a Capricorn man likes you, there’s no mistaking it. There are many unmistakable indicators.

You see, the Capricorn man likes distinguishing himself from other men. He uses unique approaches to matters of the heart.

For example, he doesn’t show much feeling when he falls in love. Yes, you can read some signs in his emotions, but not much.

You’ll have to rely more on how he behaves towards you. Now, this is important. Many ladies have lost very high potential Capricorn men because such ladies were unable to decipher these signs.

We’ve gone out of our way to compile these signs for you. Do not miss it when a Capricorn is ready for a relationship with you. 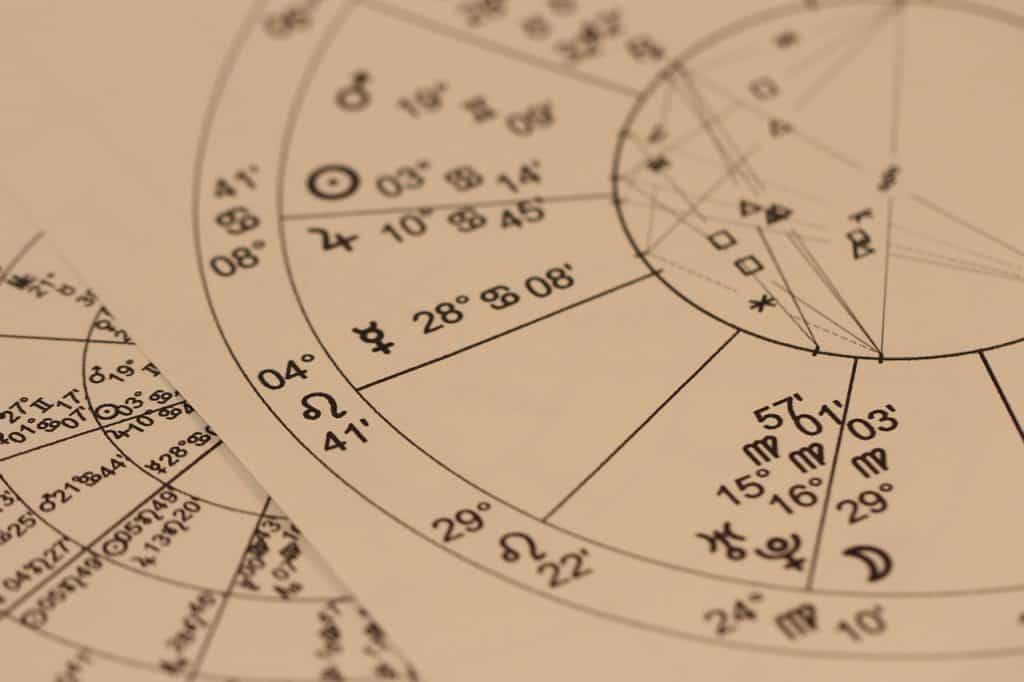 He’ll Show You His Sensitive Side

A Capricorn man is very good at hiding his sensitive side. But, not when he is in love…

Earth signs, such as the Capricorn, tend to exude seriousness and to convey stability. They don’t like being vulnerable.

But, the moment he falls in love, all these fly out of the window. You’ll be able to see his more sensitive side. He hides this side to the world.

With time, he will unravel some of his deeper feelings to you.

As you get to know your Capricorn man, don’t rush him to expose his emotions. He won’t be comfortable.

But, he’ll show you that he understands your needs. He knows when you need something, and he’ll take the measures for you to have it.

Just as the other Earth signs, the Capricorn man likes to be self-reliant. He’s also very dependable.

When he likes you, he uses these traits to help you out. He does everything to make you laugh, to please you.

He sticks with you come rain; come shine. He supports you wholeheartedly – in both words and deeds.

You’ll notice that he includes you in his future plans. He doesn’t leave you guessing about your place in his future.

In case you are in doubt, ask. The Capricorn man is straightforward. He tells things as they are.

He Tends to be Shy

The Capricorn male is not the flamboyant type that goes flaunting in public. He is not a show-off, and will rarely express his feelings and opinions in front of strangers.

As he gets closer to you, he displays a unique set of behavior. For example, he’ll send you many messages. He’s also keen to talk to you on the phone at every excuse.

However, he rather withdraws when you meet him in public. Also, he’s a bit shy when it comes to face-to-face encounters.

This needs not to worry you. Just understand that the Capricorn man is an introvert. Respond to him appropriately, and you’ll be in the arms in one of the best men.

He Tends to be Possessive

The Capricorn man doesn’t like to share. He won’t stand it when other males seem to be flirting with you.

Does he act cool when you are in an animated conversation with another guy? Does it bother him? Does he take it coolly and continue as if nothing had happened?

If his attitude changes, the guy is into you. If he becomes uncomfortable, jittery, irritable, angry or rude, the man loves you.

If he’s genuinely interested in you, you can’t miss his possessive nature. Take care that this does not get explosive, especially if he’s deep into you.

Ensure that your relationship with other men is in black and white – no grey areas.

Of course, you don’t expect him to admit it. He may not readily share his experiences with you.

But, you can take the opportunity to seduce him.

Creates Time to be With You

Like most Earth signs, the Capricorn man is a hardworking individual. He tends to spend much of his time at the workplace.

He has a burning ambition to make it to the top of his chosen career. So, oftentimes, he doesn’t create time for relationships.

That is until he falls in love.

When he likes you, he’ll break all his personal rules to be with you. He’ll adjust his schedule – mutilate it if necessary – to see you!

So, if you have this busy Capricorn who suddenly gets time to see you, it’s time to put your romantic cap on.

He’ll turn down overtime to come to cook you dinner. He’ll prefer to forgo some emoluments, and take a holiday to take you on a romantic adventure.

When you see your man keeping away from his work to be with you, don’t do anything that can push him away. The man has decided his priorities.

Or, rather, his heart has decided for him! 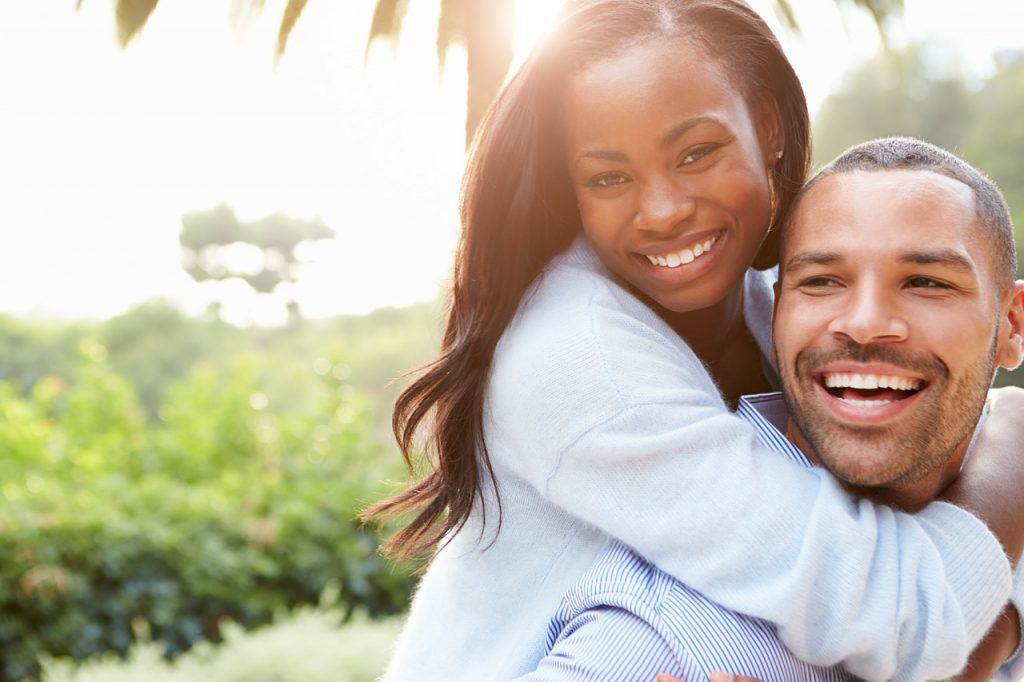 Takes Times to Make a Move

The Capricorn man may seem a bit slow when it comes to matters of the heart. Trust me; this is for the best.

For example, he may not want to open up that much on your first dates. Don’t panic. And, don’t push.

If he keeps asking you out, do not hesitate. It shows that he’s VERY interested. Don’t just him by his emotional disposition.

As he gets to know you more, he gradually opens up. He may seem hesitant at first, but he eventually does take the initiative.

He’s Thoughtful Around You

Don’t be put off by his business-like demeanor. Though he tends to project a mundane exterior, there’s a lot going on behind those handsome eyes.

If you see the Capricorn man being contemplative around you, this is a telltale sign that he really likes you.

He’ll engage you in lengthy intellectual discussions. Expect to be taken through deep discourses about astrology, psychology, symbolism, and philosophy.

It shows that he has made a strong connection with your spirit. He’s interested in the deeper you. He wants you as a partner, not an adornment.

The Capricorn mind equates romance with intellectualism. So, open up when he initiates a discussion on love.

Don’t hold back. Tell him what you exactly feel. After all, he already likes you!

He Tests Your Patience

Capricorns are very picky individuals. He doesn’t jump into a relationship just because a woman is available.

He wants to test your patience and to get to know you better before he plunges in.

Many women lose patience for this tactic and call it quits. It’s only later that they realized what they lost see when they see the same man in a thriving romantic relationship with another lady.

So, don’t when you see your man take his time. He’s just being thorough and deep.

He wants you, as his future partner, to be sensible and patient.

He Shares His Thoughts with You

Capricorns the world over are infamous for their shyness. Your man is no exception, and he’ll take time to open up.

But, once he’s smitten, he’ll share much with you. Within a relatively short time, you’ll get to know his likes, dislikes, hobbies, and personality.

As he gets deeper into you, you’ll get to know his hopes, dreams, and fears. Actually, you’ll know if you are the right one!

All these are signs that he wants your companionship. He wants to get closer to you. Make the right moves to retain this Capricorn man.

Saturn, the planet of boundaries, rules over the zodiac sign Capricorn. Capricorns are inclined to living in structured lives.

When he likes you, he’ll want you to be part of this structure. He’ll want to discuss boundaries with you.

He wants you to understand what he’s looking for in the relationships. Conversely, he’ll ask for your expectations.

There’s no clearer sign from Capricorn that he likes you than this one.

This is a good thing. It means that your man wants you to feel comfortable, safe, and under no pressure.

Now that you know your man is a man of rules, be careful not to break any of his (he won’t break any of yours!)

What ruled have you set for dating? Be sure to live up to them.

The Capricorn man is not one to beat around the bush. He just doesn’t have the luxury of doing so.

He won’t wait patiently on the sidelines as you go all chatty with other men. He’ll come straight at you and ask to be with you.

Of course, he may not have the finesse of a seasoned lover. Also, he may not be very free with his emotions as he goes about this.

Given a chance, the Capricorn man is dependable, friendly, protective, and understanding as a lover. Take it slow with him, and everything will fall into place in due course.