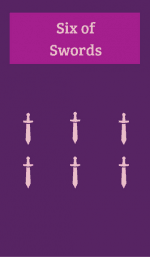 What is the Meaning of the Six of Swords Tarot Card?

A ferryman guides a woman and child across a blue river beneath a grey sky. Their wooden vessel is pierced with six silver swords, though they do not cause the boat to sink.

The symbolism of the Six of Swords is one of the easiest to understand in the Minor Arcana.

The focal point of this card is the boat itself, which signifies a journey, either physically or metaphorically.

The swords stuck through the boat point to the burdens that have brought about these life changes.

However, they serve as reassurance. Despite the negative things that have forced you to adjust your life, everything will be alright.

This baggage you carry with you is not permanently altering things in such a way that you cannot continue down your path, so long as you find a way to unpack.

The Upright Six of Swords Meaning

The Six of Swords is a card that relies heavily on its position in your spread and the cards around it in order to determine its meaning.

It isn’t a particularly strong card on its own, so pay special attention to the cards it appears with to get the most out of its message.

In your past position, the Six of Swords is recalling a painful time in your life that has directly influenced your current situation.

It’s possible that this past event was not properly dealt with and that you don’t feel as though you got any closure.

It’s affecting your current situation in a negative way and is holding you back from the life you really want.

Acknowledging that the past wasn’t all sunshine and rainbows is the first step towards healing.

The Six of Swords in your present position shows that you’re at a point in life where you need to be moving forward.

Something, or someone, is holding you back from being where you want to be in life.

It’s time for you to figure out if you’re content to stay floating in the middle of the river, or if you want to explore the shore on the other side.

Letting go is hard, but living a life full of resentment is even harder.

Your future position is a good place for the Six of Swords to be. This says that the path before you leads to a calmness that you may currently feel is unobtainable.

The choice you make for your current situation has the potential to make changes to the future that will ultimately lead you to the life you pine for.

Weigh your options carefully, and don’t be afraid to take a chance.

Work and the Six of Swords

In relation to your career, the Six of Swords says that change is coming. Whether you’ve been considering a change or not, it’s going to happen.

This could mean a promotion is in order, or that you’ll be leaving your current position in order to pursue an entirely new path.

Regardless of the circumstances, this will be a very position change if you allow it to be.

If you are currently looking for employment, this is a sign that you’ll find work soon. It’s possible that a position will be offered to you that you hadn’t previously considered.

Keep an open mind and don’t be afraid to take a job in a field different from the one you’re accustomed to.

Love and the Six of Swords

When it comes to love, the Six of Swords calls for a change of scenery.

This could mean taking a physical trip with your partner, or it could mean making changes to your relationship.

In this instance, this card exists as a buffer.

It doesn’t necessarily mean the end of your relationship, but it certainly is warning that there are tough times ahead if you don’t break your routine.

If you are looking for love, this is telling you to expand your horizons. Don’t be afraid to explore new places and try new hobbies in order to meet new people.

Sometimes the Six of Swords is telling you that your reason for not finding love is a lack of closure with a past flame.

You’re going to have to get over them before you can move on to someone new.

The Six of Swords and Finances

The Six of Swords in your financial oriented spread means that change is coming. If you’ve been experiencing financial hardships, this is a sign that things are about to get better.

If you’ve been on a financial high,

If you’ve been on a financial high, unexpected news could potentially set you back. Either way, now is not the time to take risks with your money.

Make sure your savings account is getting some attention, and hold off on making any big purchases.

Meaning of the Six of Swords in Health

When you find the Six of Swords in your health forecast, it is telling you that your routine needs to change.

This card mainly points to mental health and is likely to appear to someone experiencing a period of depression or heightened anxiety.

In order to get well, it’s important that you remove any and all triggers from your life, including any people who bring toxicity to your environment.

The Six of Swords in Reversed Position

When the Six of Swords appears reversed in your spread, it means that it’s time for a mental retreat.

If you’ve been feeling distracted, it’s a good idea to take a mental health day in order to deal with the things that are holding you back.

The reversed Six of Swords is also a sign that you may need outside help so that you can move forward.

If seeing a therapist is within your budget, it’s a good idea to make an appointment, even if it’s only for one session.

You’re going to have to get over this mental and emotional hurdle if you want your life back on track, so asking for third party help is a very good idea at this time. 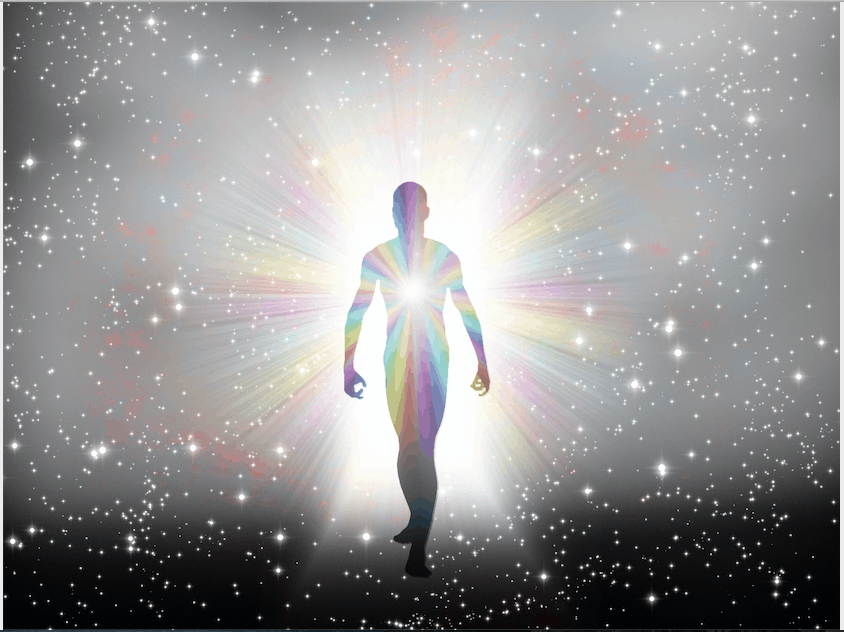 When the Six of Swords appears with The Tower, it means that the changes on the horizon are ones that will forever alter your life.

There isn’t anything you can do to stop it, but knowing what lies ahead means that you have time to prepare. Make sure to tie up any loose ends as soon as possible and brace for impact.

The Lovers and the Six of Swords in tandem is a call for honesty. If a relationship in your life, be it romantic or platonic, hasn’t been working despite your best efforts, it’s time to call it quits.

Stop beating a dead horse and you’ll see that your life will drastically improve. Severing ties is hard and often a painful experience, but you will ultimately be a better person for it in the end.